AC/DC.- If you wanna rock hard, you need the right beer.
AC/DC, the infamous Hardrock Legends from down under, have been
delivering true rock for the last 40 years. Now they give their name for true
pint-sized Australian taste as well.

KID ROCK BADASS.- It’s born out of the bushels of American barley and hops harvested straight from the heartland. It’s crafted with care in a place where factories mark one horizon and wild forests mark the next. This beer’s built with American Pride.

MOTÖRHEAD BASTARDS LAGER.- This Bastard has a malty and fruity taste with great character of malt and a hint of citrus. A quality beer that can be appreciated by rock’n’roll fans of all ages. Enjoy anytime when the craving for a beer hits you, but especially well with burgers, grilled meat or fish and pizza.

KISS DESTROYER. When it comes to slapping a name onto anything and everything, KISS are the undisputed champions. As a result, it shouldn’t be too surprising that KISS Destroyer pale lager received low marks.

SEPULTURA WEIZEN .- Brewed by Cervejaria Bamberg. Our favorite Brazilian thrashers released their own beer packaged in an awesome faux amplifier. However, according to RateBeer, Sepultura Weizen succeeds in style, but not necessarily in taste.

MASTODON BLACK TONGUE.- Black Tongue is a Double Black IPA, brewed in collaboration with metal legends – Mastodon. Rumbling smoky notes are offset by the elixir of misbehaving punchy hops. Citra and Magnum hops to the front, with Carafa Special 3 Malt and Pale on the baseline, this is our biggest and most powerful creation to date. The band wanted to create a ‘palate crusher’ and that’s certainly what has been delivered. A beer for enjoying slowly, letting the bombardment of flavour and intensity hit your tongue and explode with every sip.

PEARL JAM FAITHFULL ALLE.- Faithfull Ale is a celebration of Pearl Jam’s 20th anniversary as a band and its extraordinary debut album, «Ten.» In recognition of these milestones, this Belgian-style golden ale is delicately hopped to 20 IBUs and fruit-forward from 10 incremental additions of black currants over a one-hour boil. Faithfull clocks in at 7% ABV.

VOIVOD KLUSKAP O´KOM.- Appearance – Gold colour with an average size frothy off-white coloured head. There is a low amount of carbonation showing and there is some fair lacing on the sides of the glass. The head lasted for close to 3-4 minutes before it began to dissipate.
Smell – Malts, bananas, peach, coriander/clove, yeast
Taste & Mouth – There is an average amount of carbonation and I can taste fruit flavours; oranges/peaches/lemons/bananas, mixed with dry yeasty notes.

PIG DESTROYER PERMANENT FUNERAL.-The wolf inside this pale ale is trying to walk upright. This bright and aromatic beer was brewed with our friends in the band Pig Destroyer.ABV 10.5% IBU 100Artist: Orion Landau Designer: Zimmer-Design

IRON MAIDEN THE TROOPER.-Real ale fan and history aficionado Bruce Dickinson, Maiden’s vocalist, played a major role in developing the unique flavour of the beer, entailing ongoing visits to Robinson’s brewery in Stockport.»I’m a lifelong fan of traditional English ale; I thought I’d died and gone to heaven when we were asked to create our own beer. I have to say that I was very nervous: Robinsons are the only people I have had to audition for in 30 years. Their magic has been to create the alchemical wedding of flavour and texture that is TROOPER. I love it.» 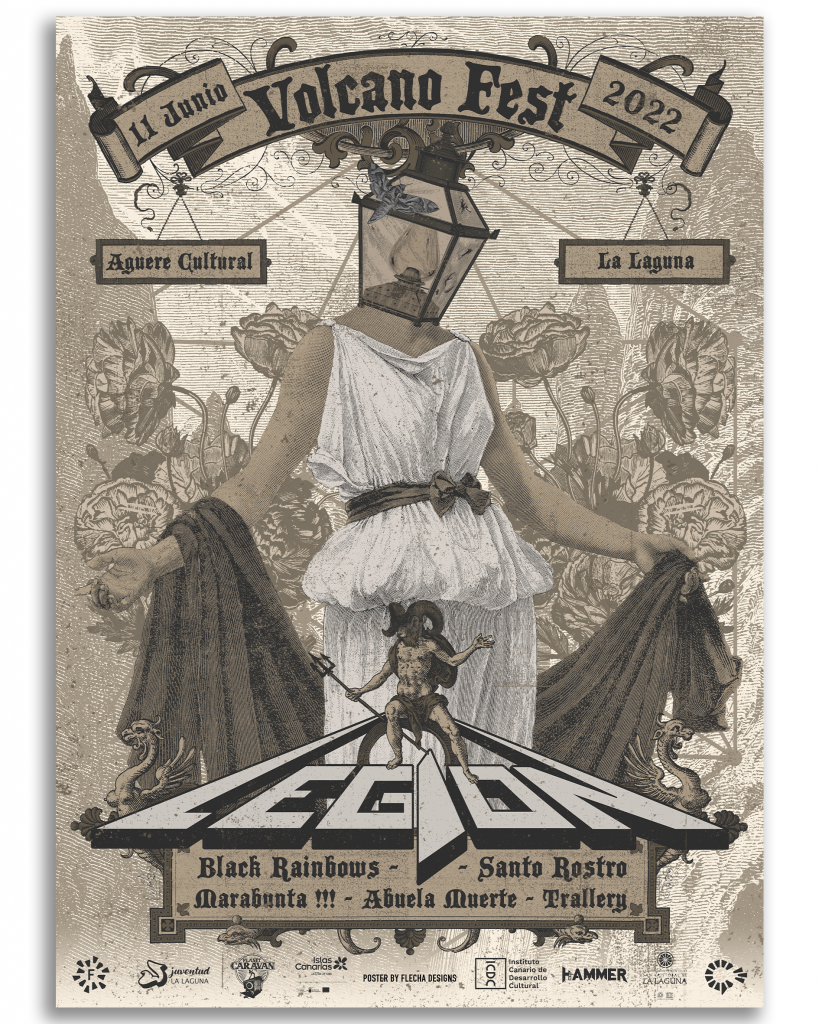